Every once in a while a games comes out that causes waves in the hobby. Most of the time, it’s because it brings a new mechanic or a new way to do things, such as when Settlers of Catan, Puerto Rico, Dominion or Twilight Struggle came out. Each of these games revolutionized the hobby in some way, mostly because they brought new rules, new structure or a new way of looking at things to the hobby. Unlike video games, not many board games come out with controversial subject, such that some people might not even want to play before judging the game. Honestly, I can’t even think of another one, except for one wargame which wanted to recreate the Warsaw uprising. The controversy was warranted here, with a subject matter that is best left alone. 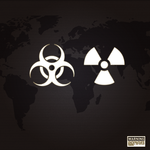 Along comes Tomorrow, a game that sent a shock wave of disgust through the game community when it was announced. Why? Because in the game, you play a super power who, along with the other super power, decides that unless something was done about the overpopulation of the planet, we are all doomed. And thus an alliance of sort is made: together, the super power must reduce the Earth’s population by about half in 9 “years” or everyone is doomed. But, and there’s always a but, the one who does the best job will emerge as the new super power (ie, will win). Is it really in bad taste to make a game about the need for global depopulation? I guess it depends on where you stand on the questions of the Earth’s future and whether you believe that we are agents of our own future. How does it fare as a game or game subject? Let’s check it out.

END_OF_DOCUMENT_TOKEN_TO_BE_REPLACED

So, all this to say that while I haven’t been buying new games, I’ve still acquired new ones and can’t wait to get them on the table, to the detriment of the older games that I haven’t played. *Sigh*, at very least, the pile is going down… END_OF_DOCUMENT_TOKEN_TO_BE_REPLACED