A few new arrivals in the last few days: a big box full of bits and a tiny little box filled with funny looking dice. Both games were backed on Kickstarter and I’ve been eagerly waiting for them to show up. Which games? Keyflower and Dungeon Dice. Let’s check them out.

First up, Keyflower (Game Salute) by Sebastian Bleasdale and Richard Breese. This is an economic engine game, where the players uses their meeples to bid for tiles to grow their villages, generate resources, skills and more meeples. It is played over 4 seasons, with more meeples coming off the Keyflower and the game ends with the Winter phase, where players tally up their points and any bonuses that they might have received. 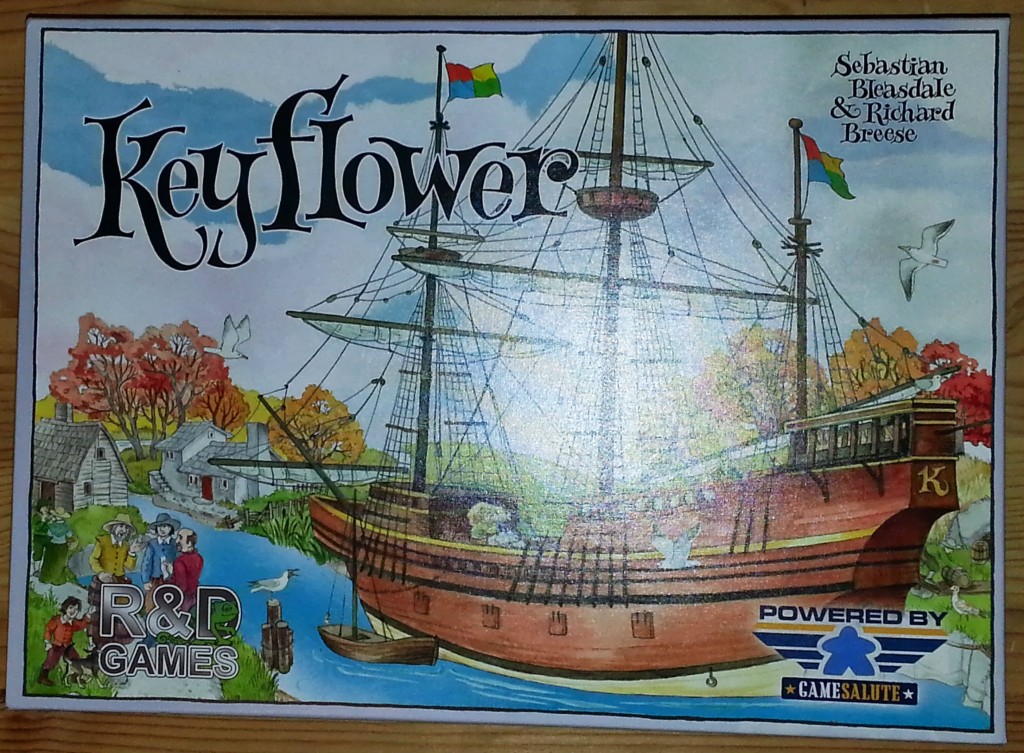 Keyflower (the expansions are in the box…)

I like Richard Breese‘s past games and I generally like economic engines games. The idea of using your meeples to bid or generate more meeples or to gather resources sounds like a very interesting decision space to me. It also has been getting generally good reviews in the press and blogs and, to top it off, since I already had two of the expansions thanks to my subscription to SpielBox, I figured why not back it. The expansions come in the shape of extra tiles which change the game a little bit. There’s a larger expansion coming out at Essen, which should substantially change the game. Should be interesting. 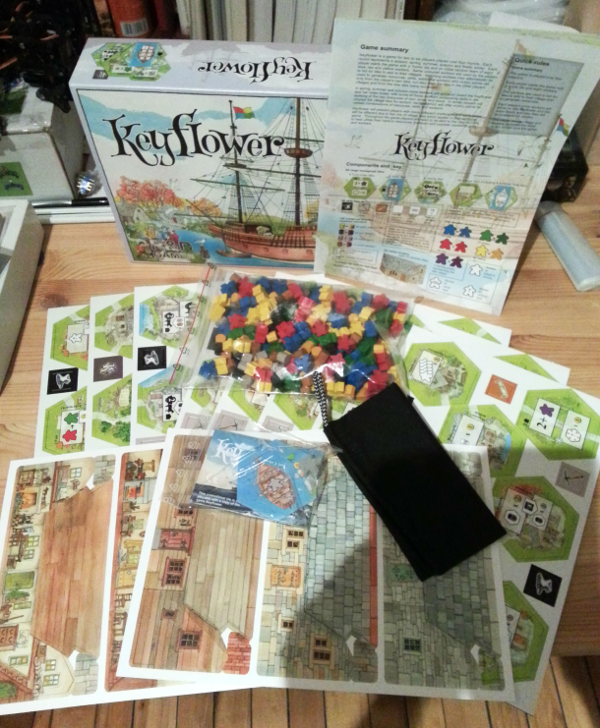 Next comes a tiny little box (it’s like 4 inches by 6 by 4!), not that it’s a problem or anything since there’s so much stuff in it! Dungeon Roll (Tasty Minstrel Games) by Chris Darden is a dungeon exploration game, but using push-your-luck mechanics. Pick a character, roll some dice, chose wisely which to keep and hope the dragon doesn’t come out before you’ve had a chance to get some phat loot (yes, I’ve just said phat loot. Deal). The materials in the box are first rate, the box is very cute (it’s a mimic!) and it seems highly portable. 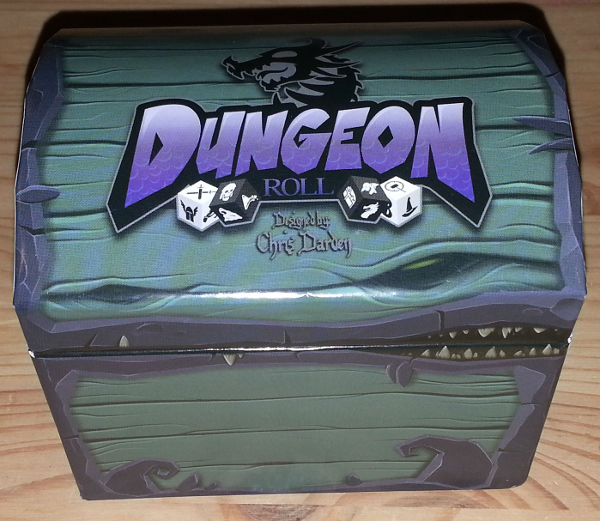 Dungeon Roll: seriously the cutest thing in my collection

I’ve been looking forward to this game since backing it on Kickstarter because the combination of push-your-luck and dungeon exploring intrigued me. Figured it would be good for some quick games at home with my wife and, what the hell, the price was right. I also love the amount of enthusiasm from Michael Mindes, the president of Tasty Minstrel Games. He has been extremely generous with his time, being very transparent on how to run a Kickstarter campaign and how to calculate your costs. I always like it when people are open and willing to share how they do stuff so that others can learn from them. And beside, TMG has had a pretty good run with their games lately, so… 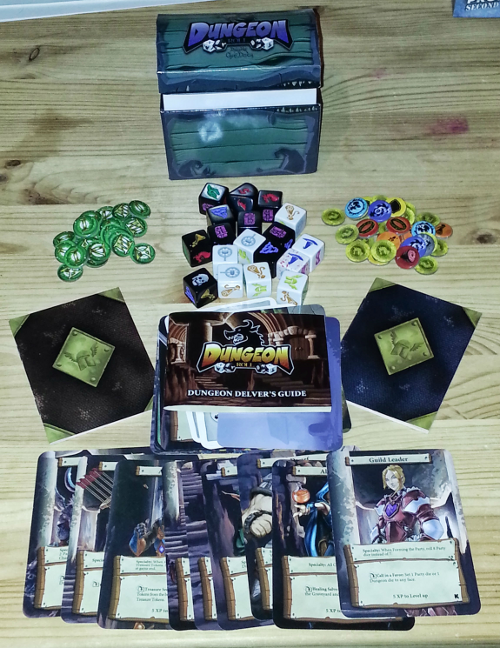 Dungeon Roll: lots of stuff in a tiny box!